South Korea has purchased 2 shipments of 60 thousand soyabean meal. Option origins ECSA and US. Both for arrival early December.
Different South Korean importer has purchased 135 thousand of feed maize. Origins option ECSA or SAfrica.
Late Sunday, the Government announced, yet again, another scheme to improve the exchange rate for farmers selling soyabeans.
It remains to be seen if this encourages them to sell and bring life back to the trade and crushing business.

The tonnage aggregate above includes grains, agri-product meal and vegoils.

A short formal announcement of the project to install a LNG plant, with a berth included at a port in southern Argentina was made by YPF and Petronas. Details further than this have not been forthcoming. Neither of the volume which is to be processed and shipped or of the location. What is known for the moment is that source will be Vaca Muerta shale oil and gas field and that it will be piped to a port of the North Patagonia coastline. Bahia Blanca is one likely location and local politicians and pushing strongly for this. The other possible location is Punta Colorada where YPF have also announced, last week, the construction of a crude oil loading facility. Also to be sourced from Vaca Muerta. 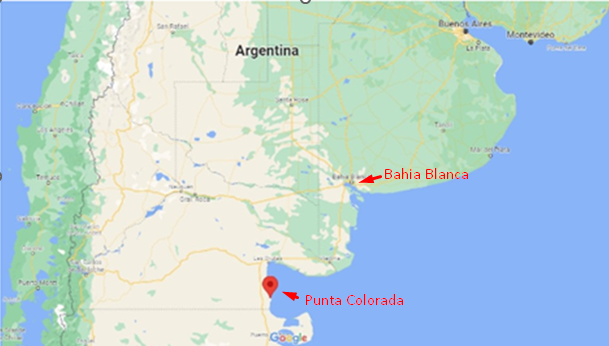 Strong wind gusts over short periods at Zona Comun tonight and Friday.
As always, the STS operation is up to the discretion of the Master’s of the vessels involved.