Draft at Upriver Ports: Today a small surge took place which increased the draft at Upriver Ports. This was a temporary situation brought on by ESE winds at the mouth of the River Plate. It is estimated that water level will return to previous levels shortly. A medium term forecast has estimated that there will be more rains at some catchment areas until mid-March based on weather patterns developing at the moment. We shall be following this and reporting developments and forecast via our regular Draft Report. 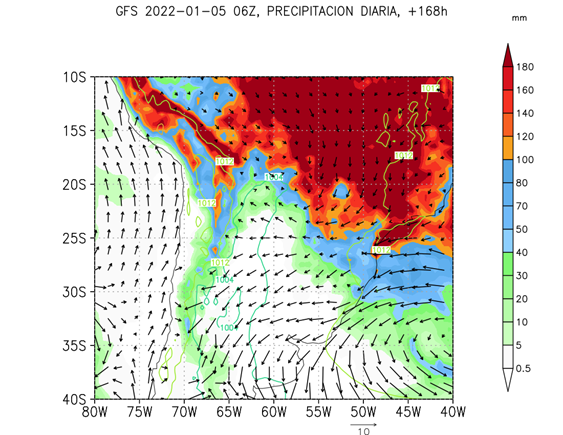 Tugboat service: Tug boats are under a mandatory truce period imposed by the Ministry of Labor since December 21st. According to a new interpretation the “truce” period is extended until coming Monday January 10th. At Necochea and Bahia Blanca service is rendered for 12 hours periods, each day, counting as from the first service of the day. Other ports are working normally while the truce lasts.

Covid-19 in Argentina: Today’s reported Covid contagion rate is 109,608 persons. The highest rate ever. The National Government does want to impose any nationwide restriction. Local and provincial governments are implementing restrictions on public gatherings. Travel is not yet restricted.

Maize 2022 Harvest: According to the Buenos Aires Grain Exchange the harvest, being sowed at the moment, is now forecast to be 57 million tons. The maize harvest begins during late April this year.

Flag waiver Arg-Brazil: As we have informed previously the requirement for flag waivers on cargoes carried on trade between Argentina and Brazil (and vice versa) will be lifted as from February 05th 2022. This was needed because of an agreement/treaty in place since the mid-80s. Middle of 2021 year the Brazilian Government denounced this treaty and as per the terms agreed it will be lifted as of February 05th 2022. In the meantime the “affected” parties have been placing pressure and looking for manners to keep their privileges. Due to this pressure it may result that there will be some “noise” in the market prior to February 2022. We shall keep you posted on developments.

If, in case the boarding crew member does not have full vaccination (minimum 2 doses) before boarding then the person must be kept in quarantine for 7 days and may only leave this quarantine once a negative PCR test is performed.
Crew are allowed to leave vessels on Sanitary grounds. This is understood to be with a medical certificate, issued in Argentina, that certifies the crew member is “unfit for duty onboard”. One reason considered to be “unfit for duty onboard” is in case that due to “severe distress” the crew member cannot perform his duties. Another reason is in case the crew member has an expired work contract and can prove to Sanitary Authority that he cannot wait for the vessel’s next port of call.

PLEASE CONSULT US PRIOR COMMENCING PROCEDURES.