River Parana Draft: There has been an increase in the maximum sailing draft from Upriver over the last few days. Certainly good news for any vessels sailing from Upriver ports. Nevertheless this improvement of the sailing draft will be short lived. It has been caused by southerly winds over the Atlantic which backed up the ocean and the River Plate and increased the water level in the River. The more mid and longer term fore casts remain pessimistic due to the lack of rainfall in the catchment areas in Southern East Brazil and Eastern Paraguay. Reports issued by the National Water Institute still talk about the severe drought affecting not only the River level but also the harvest for the forth coming summer. 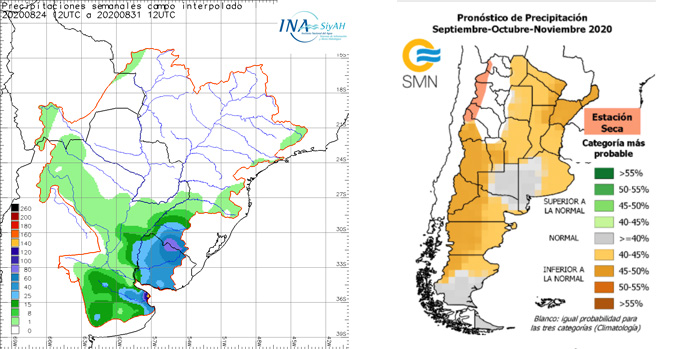 Necochea: The port closed on Saturday, August 29th at 1640 hours due to strong winds and high swell.