River Parana Draft: The River Paraguay continues dropping. It is at it’s lowest level in about 100 years. An unusual rock formation has been found in the river bed in front of Asunción and is considered to be an extinct volcano. On a less picturesque note however, there is likely going to be a virtual cancellation of the river barge traffic. One of the main consequences is a fuel shortage since much of the fuel consumed in Paraguay is imported along the River Parana/Paraguay and has it’s origin from vessels discharged at Km 171, close to Zarate on the River Parana Guazú. 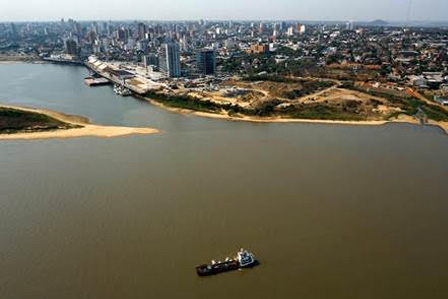 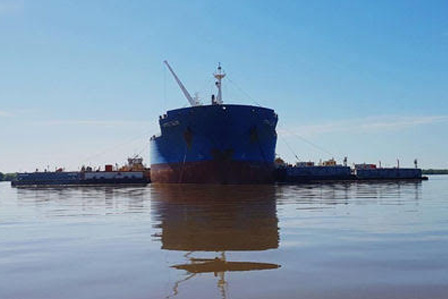 Montevideo: An announcement is expected during the next few days that the port of Montevideo will commence dredging to bring the port to a maximum draft of 46 feet. The dredging work will commence early during 2021 and is expected to be completed by 2023. The dredging includes Alfa zone, an anchoring and lightering area south-east of the main roads. The main purpose of this work is to make Montevideo a more attractive port for the container trade and stimulate it as a hub for the trade in the Western South Atlantic area.
Empresa china comienza en febrero dragado de canal de acceso al puerto de Montevideo | MercoJuris 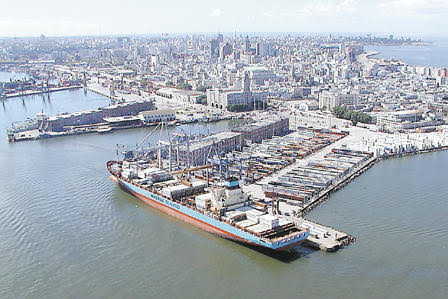 Soyameal: Iran is reported to be in the market for 200,000 mt with October through December dates. Colombia is looking for meal in January. So is Syria.

Soya beans: Egypt and Bangladesh are looking to purchase soya beans during January..

Bunker Supply in Argentina: Customs have announced Tuesday October 13th a change to the regulation regarding bunker supplies. Previously bunkers on a tax free basis (export) had been restricted to be supplied only at the last port of call or immediately thereafter. This under the notion that bunkers supplied previous to loading would be used in Territorial Waters and that therefore should be subject to paying VAT (21 per cent). As from now the bunker can supplied under “export” clause prior arrival at loading port. This will however be subject to previous control. We suggest that before purchasing bunkers under these delivery condition you should contact your bunker supplier in order to ascertain delivery requirements.

Crew changes Argentina: The borders remain closed and crew changes are not permitted. Despite earlier optimism plans to restart internal flights as from October 01st have been postponed until further notice. On this basis it is difficult to be optimistic regarding the opening of the border restrictions and regular international flights within the coming weeks.

Bahia Blanca: The 14 day quarantine for incoming vessels will be waived for vessels whose last port of call is Brazil. Nevertheless the previous regulation for other last ports of call will remain in place. This quarantine can be excepted if the terminal where the vessel will load produces proof that an earlier berthing is required.
Will keep you posted.