Covid-19 National Quarantine: The National Quarantine will remain in force until May 24th. Buenos Aires and the surrounding areas (Greater Buenos Aires) will have stricter regulation limiting movement. The rest of the country where cases have been fewer will be allowed to relax restrictions. Shops will be permitted to open for certain hours amongst other aspects, but it will also be administrated by local authorities.

Upriver draft: The volume of water in the River Parana is at it’s lowest level since 1971. That is 50 years since. The rain in Southern Brazil has not happened and relief is not yet in sight. Long terms observers indicate that the climatic outlook will remain unchanged into July. The prolonged drought and the low volume of water in the River make for unexpected situations to occur. The flow of the water is now causing unusual situations to occur and yesterday and today the maximum draft was changed twice during the day. At 1700 hours a new maximum sailing draft 9.39 meters FW (improved) was announced for the area between Punta Alvear and Dreyfus Arroyo Seco. The Hidrovia dredgers are working very hard and with all available resources to keep the River navigable. The low water helps for better dredging and when a problem occurs it is addressed immediately.
En medio de la cosecha gruesa, la histórica bajante del Río Paraná … 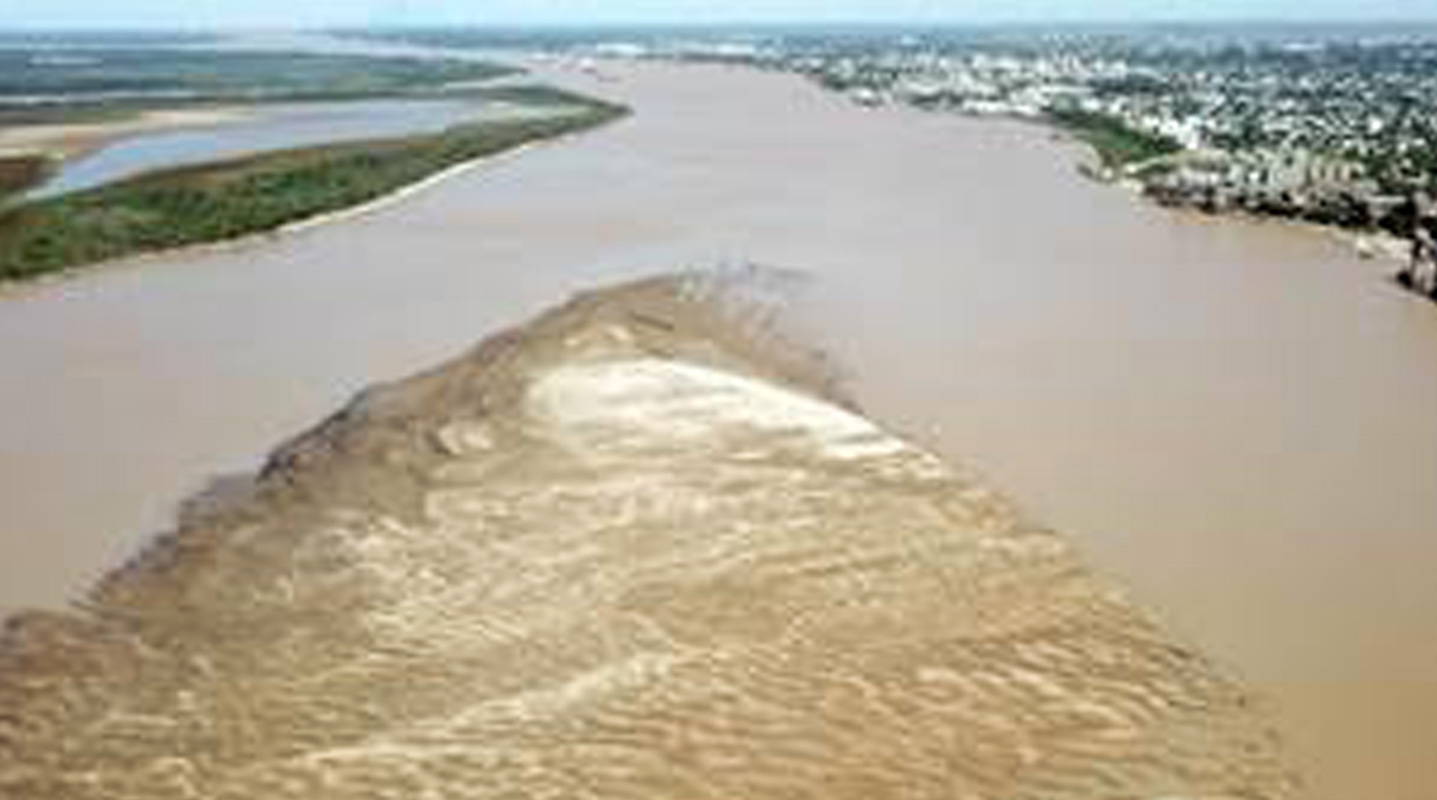 This picture shows a bank that has appeared in the River in front of San Lorenzo and had not been visible since many many years ago.

Necochea (1): The port closed today May 11th at 1315 hours due to 3 meters swell and westerly winds at 40 km per hour.
Necochea (2): Necochea still maintains a very strict quarantine for all vessels coming from foreign ports. Today the mv AKDENIZ M arrived from Paranagua, Brazil and she will have to remain at anchorage until May 14th when her 14 days quarantine are completed.

Bahia Blanca: The grain surveyors union seem to have reached an agreement with their management and everything indicates that the strike action may be called off.