Covid-19 National Quarantine: The National Quarantine has now been extended until June 28th. The press are saying that it is to be extended to July 12th.
According to the press there will be further restrictive measures as from Thursday in the “Greater Buenos Aires”. The main fear of the Government is that the Hospital may collapse. The increase at the moment is about 1,100 cases per day, but there still remain about 60 per cent free beds in intensive care units. It all depends on statistics. It is said that there is truth, lies and statistics.

At the main ports the sanitary measures remain unchanged and attendance is well coordinated. The Ship’s Agency tasks are allowed to continue with few restrictions and strict sanitary procedures are applied. Upriver ports are working close to normal with strict sanitary enforcement.

River Parana draft: There has not been any significant rain in the catchment areas of the River Parana. River levels remain stable, but we are still far from being back to 34 feet until September. Levels for the next month are expected to fluctuate in the 30 to 32 feet range. 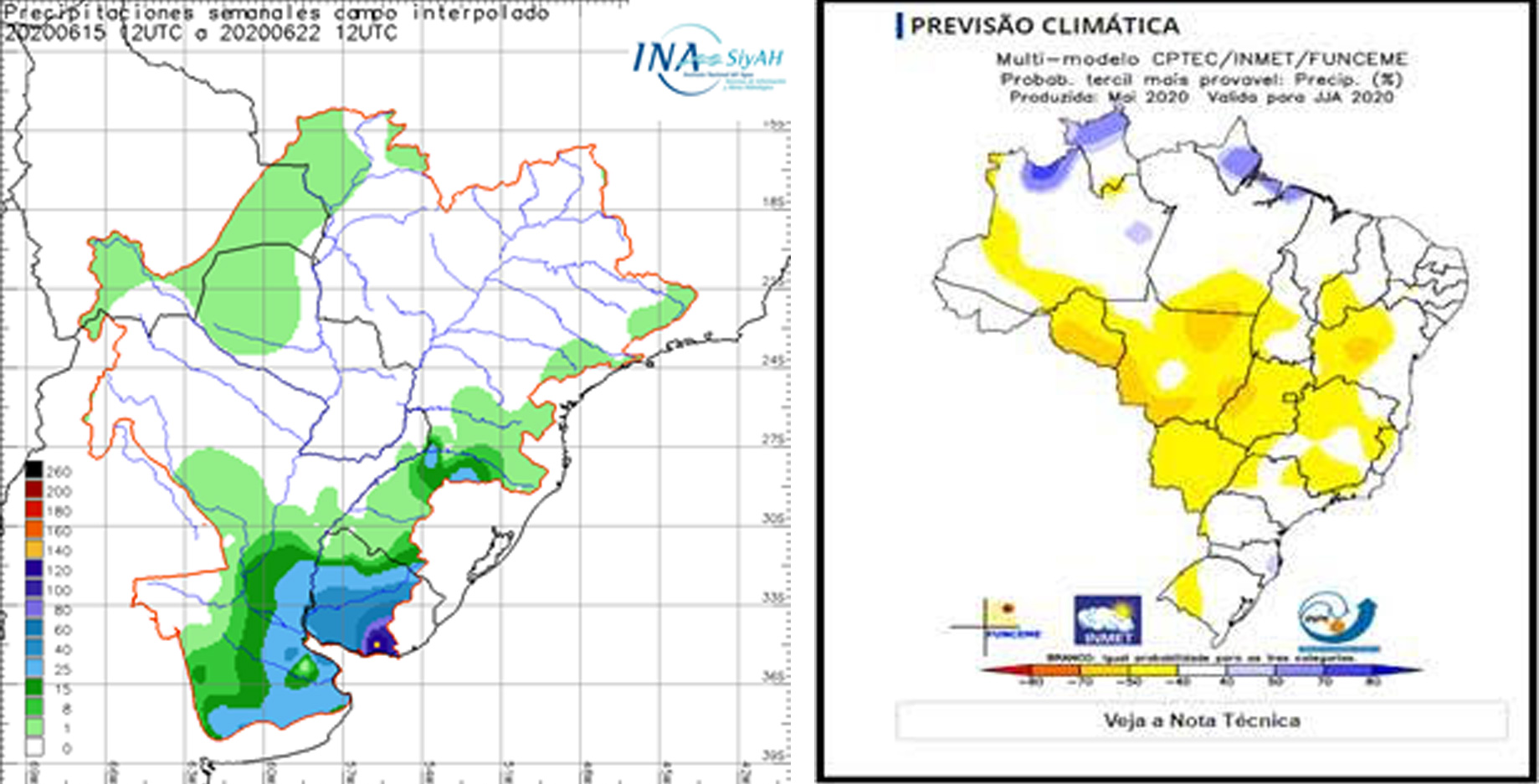 Vicentin: The enthusiasm for the grab at Vicentin seems to be fading away. Or it could also be a truce, or a wait and see and try to pounce quietly. No special news today.

Freight rates: The paper trade on freight (Baltic index) is on the rise. Hopefully it will decant down into the real market.