Necochea, berth 9/10: Berth 9/10 is on the southern side (Necochea). It is an open berth used mainly for discharging fertilizers (DAP, MAP, etc). After soundings were performed the maximum drafts are as per the following table:

In order to berth on arrival conditions as per the above table pilots recommend to do so at mid rising tide and to commence discharge immediately so as not to run the risk of the vessel being pulled away from the berth at low tide.

Drought and River Parana max sailing draft: The drought situation persists over all SE South America (South Brazil, Paraguay, Eastern Bolivia and North Argentina) Few or no rains have been recorded over the last week. This shortage of water is not only affecting the amount of water in the River Parana, but is also going to affect the wheat crop and forecasts for the sowing of the 2021 maize harvest, according to reports and estimates issued by the Agricultural institutions (Buenos Aires Grain Exchange, Rosario Commercial Exchange, Secretariat of Agriculture). The estimated area to be sown for maize is now estimated to be 6.2 million hectares, down from the original estimate of 6.3 million.

Discharge of Scrubbers in Argentina: A regulation was issued by the Argentine CoastGuard (PNA) that forbids the discharge of washing waters from scrubbers of National and Foreign vessels in Argentine waters detailed as:
*Internal Jurisdictional Waters (including River Parana, River Uruguay and River Plate)

In order that the limits be properly explained we attach below a map, issued by the Government which explains the contour of the area covered by the regulation which colored light blue. 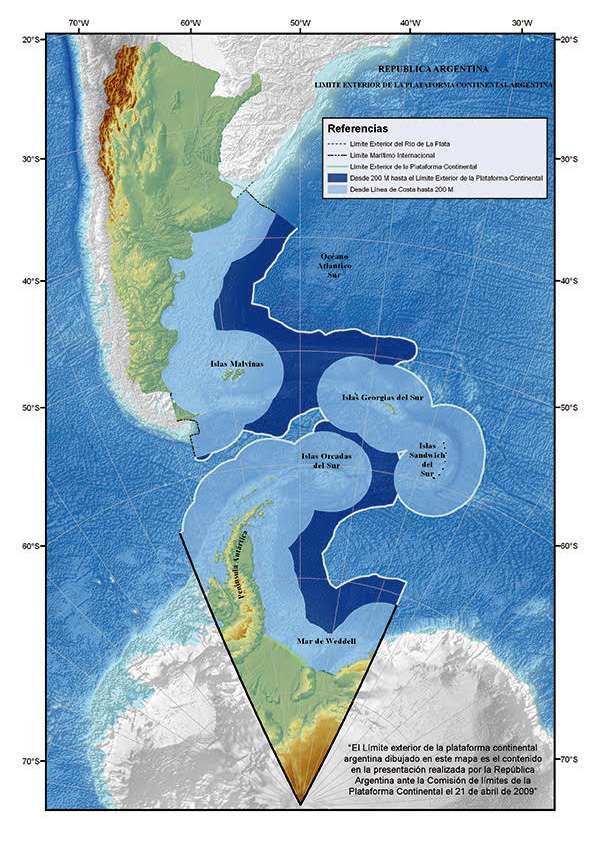 Special care will have to be taken by vessels transiting the area, especially those on the open sea when proceeding southbound from Recalada to the Pacific and vice versa.

Arroyo Seco-Lagos/Dreyfus berths: The CoastGuard have issued a regulation, valid as from August 06th, that the maximum sailing draft for both Dreyfus berths, Dry and Liquid, is to be calculated according to the following formula: 9.20 meters Depth Plus Average River level of Rosario and Villa Constitución Minus 0.60 meters under keel clearance.
For today, August 23rd it is: 9.27 meters (30 feet 04 inches FW)